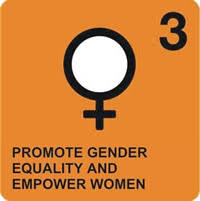 Click above for direct information about Goal 3.  Included are basic statistics (Where Do We Stand?), case studies (UNDP's Work around the Globe), and facts (Quick Facts).