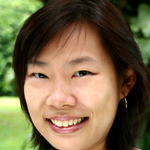 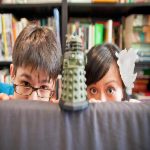 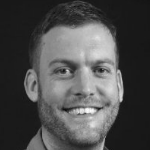 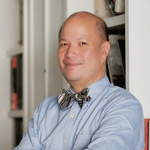 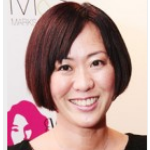 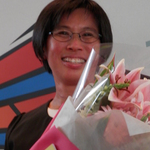 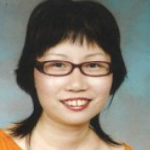 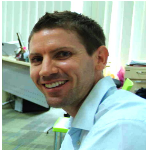 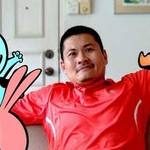 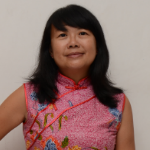 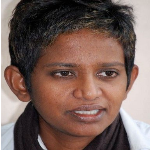 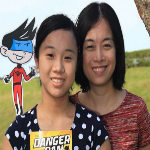 Hidayah Amin - Hidayah Amin is author of Gedung Kuning: Memories of a Malay Childhood and The Mango Tree

Mike Brumby - has worked in a variety of fields, including education and personal fitness training. He also just started the first Kids' Boot Camp program in Indonesia. Born in El Salvador and raised in Indonesia, he now spends his time in Indonesia. Mike's second book has just been completed and he hopes to write more in order to pass on positive messages to children.

Shamini Flint - Shamini Flint began her career in law in Malaysia and also worked at an international law firm in Singapore. She is now a writer whose books span all ages. The Sasha series is aimed at pre-schoolers, whilst, The Diary of series will appeal to 7-10 year olds. Ten is a delightful novel for upper primary children about growing up in Malaysia. Shamini also writes for adults.

Adeline Foo - Adeline Foo is one of Singapore’s best-selling writers of fiction for young readers. She came to writing from a career in public relations and advertising, and is now the author of 24 books. Adeline’s work ranges from picture books to the successful The Diary of Amos Lee series. A National University of Singapore alum with a MFA in Screenwriting from New York University’s Tisch School of the Arts, Adeline lives in Singapore with her husband and three kids.

Justine Laismith - Justine's book The Magic Mixer is one of five winners in the children’s chapter books and young adult fiction category of the “Beyond Words: Young and Younger” contest organised by the National Arts Council aimed to encourage the creation of high quality literature from Singapore.

Emily Lim - Emily Lim is an author of numerous children’s picture books which have been published in Singapore, Malaysia, China and Korea and also turned into animation, theatre and used throughout schools in Singapore. She is the first author outside North America to win 3 medals in children’s books at the IPPY awards and first in Southeast Asia to win the Moonbeam Children’s Book Award. She also won the Honourable Mention Award at Writer’s Digest 20th Self Publishing Awards and has been shortlisted for a few other awards. Emily was named Singapore Woman Award Honoree 2013 for inspiring readers through her children’s books and her memoir Finding My Voice, based on her journey of losing her voice to a disorder and finding it again through writing.

Lesley-Anne and Monica Lim - are the mother-and-daughter writing team behind The Danger Dan series. Lesley-Anne is still in school so she mostly writes essays and papers, which isn’t quite as fun. These days though, she regularly appears at writers’ sessions and interviews, the latest being the Hong Kong International Young Readers Festival.

Pauline Loh - has written more than nine non-fiction adult books, three children’s picture books and one Young Adult’s novel. Her first children’s book was The Little Red Helicopter (published in 2009). Her latest book Playtime with Ye Ye shares the history of Singapore in a delightful picture book for younger readers. Through play, Ye Ye  talks about immigrating to Singapore, the Japanese Occupation and Singapore’s independence.

A.J. Low - is the pen-name of a husband-and-wife writing team! Adan Jimenez was born in the San Joaquin Valley in California to Mexican immigrant parents.  He became an immigrant himself when he  moved to Singapore after living in New York for almost a decade. He has worked for comic book stores, book stores and gaming stores. Felicia Low-Jimenez has been a geeky bookseller for most of her adult life. She has bought books, sold books, marketed books, and now she  is trying her hand at writing books. Sherlock Sam and the Missing Heirloom in Katong won the International Schools Libraries Network’s Red Dot Award 2013-2014 in the Younger Readers’ Category.Sherlock Sam and the Ghostly Moans in Fort Canning took third place in the Popular Readers’ Choice Awards  2013 in the English Children’s Books category.

Ben Morley - Ben is a teacher at UWCSEA and has worked all over the world, from Poland to Borneo, China to London. He is now living and working in Singapore and feels like staying put for a while. He is married to Heloise, a designer, and they have four children...Lyra, Rocco, Otis and Milo. He loves football, snakes and going on adventures. The Silence Seeker is his first book for children... but, hopefully,not his last.

David Seow - is the author of several well-received children’s picture books including the  Sam, Sebbie and Di-Di-Di series.  In 2011, his book There's a Soup on My Fly was shortlisted for The National Book Development Council of Singapore’s Hedwig Anuar Children’s Book Award. In 2012, Blow a Kiss was selected as one of the top ten children’s picture books from Singapore at IFLA Congress in Helsinki and There's a Soup on My Fly‘ was dramatized at the Literature Lecture at the Asian Festival of Children’s Content.

Linn Shekinah - Linn Shekinah received the “First Time Writers and Illustrators Publishing Initiative” Award from the Media Development Authority in 2008 for her book The Watchtower Warrior. In 2012, she was commissioned by the Preservation of Monuments Board to write the picture book The Fearless Twins and The Magical Kaleido: A Narrow Escape. She has developed and publishes a series of bilingual picture books in English, Chinese and Malay, using Asian themes for pre-school children